Created and Developed by: Brandon Burrell

Accelerate in your hover car through the inner dimensions of a world beyond home. While on your journey you will encounter a ruthless assortment of enemies looking to scrap your ride. Use your favorite weapons to quickly dispatch the legions that await. Be warned of the DIM Keeper if you fail at moving forward to the end of times.

* Gamepad currently does not have a pause or quit button map. The mouse should be used until it is added.

For play testing and feedback, Please join the discord channel to get a free key if interested.  https://discord.gg/qjKPa6M

All purchases made now will also include any updates and the Full Version on release and help towards making the game better before its release.

The price will go up as additional content is added and the game expands until its final release.

In order to download this game you must purchase it at or above the minimum price of $2 USD. You will get access to the following files:

I like the style of this game. Unfortunately it's hard to comment on the gameplay because the game as played in my browser is very buggy which makes it difficult to play. I recommend you fix these bugs before working on new features.

Reply
b. burrell131 days ago

Thank you for the feedback. If you ever have time I would appreciate a brief description of the bug(s), so that I may correct them.

- I can't get the game to work with a controller at all, whether using a DirectInput or an XInput controller.

- Controlling the game with the arrow keys works in the menu, but not in the game. There I can use only WASD to move my character around. The Shift key fires as advertised but PageDn does nothing, I have to press Enter to fire my secondary weapon. In addition to that, pressing the arrow keys or PageUp/PageDn still controls the scrolling for the browser window even after clicking the game's region so even if they worked, it would make the gameplay unbearable.

- During gameplay, the scrolling of the screen is very choppy and the screen seems to scroll in "chunks" like an old Konami MSX game. The game also seemingly has to stop and load everytime it generates a new level section, which wouldn't be so bad if the load times weren't so long... There's also a very long load time when selecting the sound menu from the main menu.

- Sometimes during in-game loading, my character will warp to a seemingly arbitrary position on-screen. Once I got stuck on the left edge of the screen and couldn't move. I had to wait for the enemies to kill me.

- Holding down right seemingly makes you go past wherever the enemies are spawning which basically makes you invincible as the screen tries to catch up to you.

- Firing the secondary weapon also makes the little rotating pod fire missiles regardless of my ammo count. Speaking of which, I don't know if it's supposed to be following me, but it's only ever staying in the corner of the screen.

- Pressing M or N or possibly other keys bring me to a hidden options menu which has an option for fullscreen mode which really helps, as well as other option which don't seem to do anything. One of them doesn't even work when I click it with the mouse.

- The third option on the main menu does nothing. Usually "quit" options in browser games would simply freeze the game region, but here nothing happens.

- I don't know if it's a bug but the game itself has no music, which is weird considering both the main menu and the secret option menu both have music.

I was playing on the latest version of Firefox, if that helps.

Reply
b. burrell130 days ago

You nailed it. Thank you so much for that break down. It is super helpful and allows me to plan the next iteration better. I really do appreciate you and hope to provide a better game for you to enjoy next time. 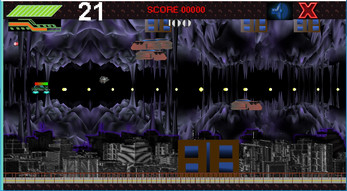 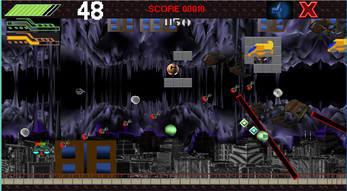 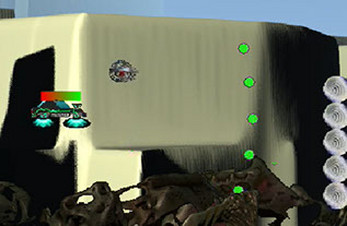 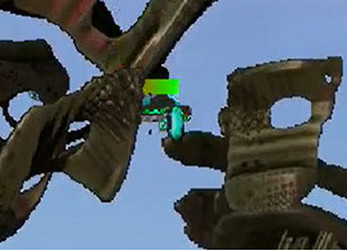 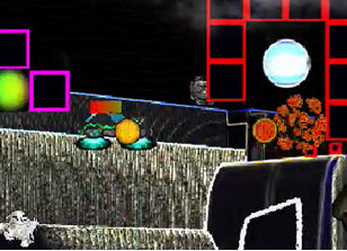